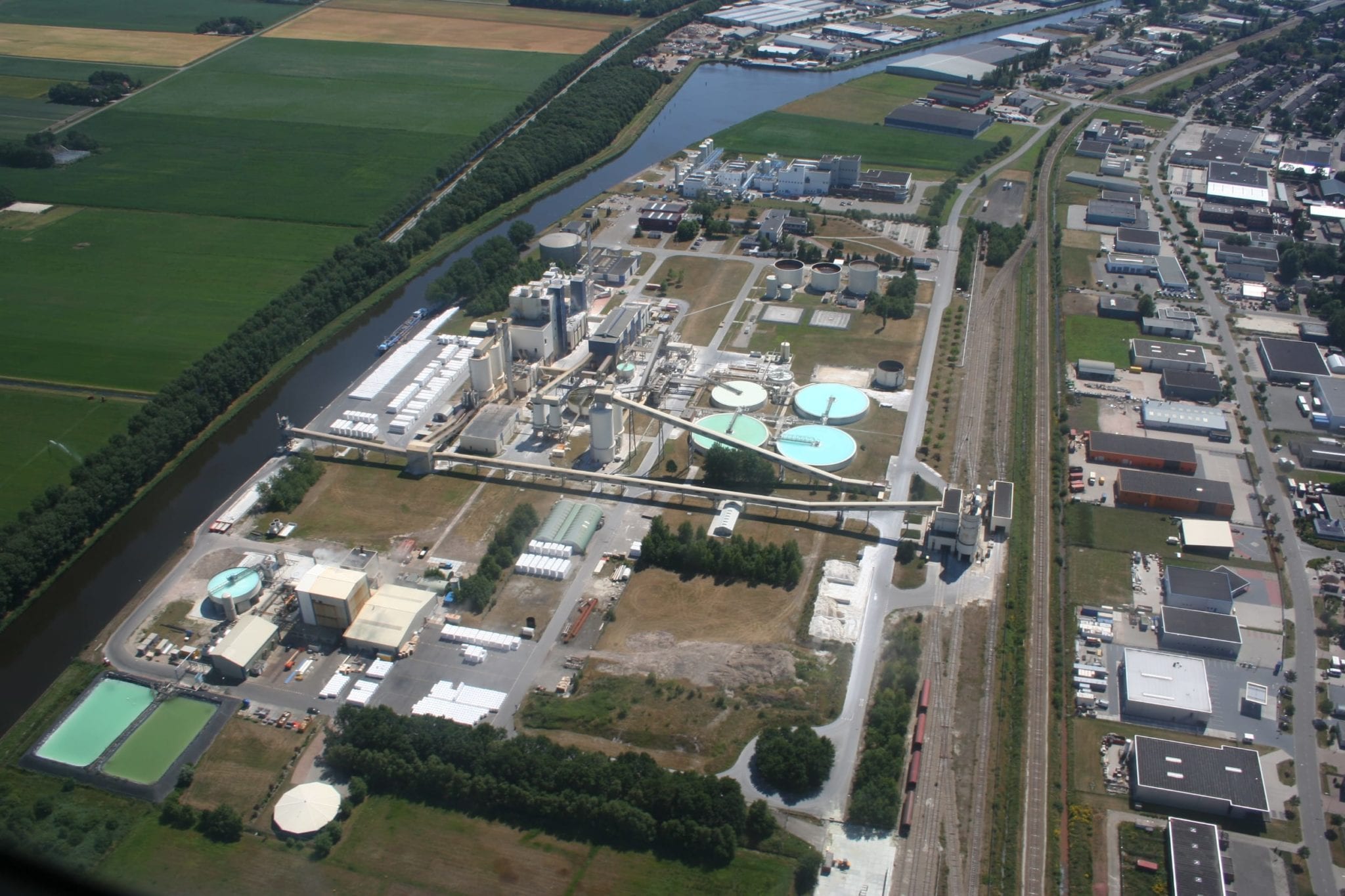 This article describes how Nedmag Industries Mining and Manufacturing is using an integrated asset management system using FDT technology combined with a “multilingual” device management tool to achieve real productivity advantages and savings in its maintenance and service operations. Three years ago, Nedmag had only a vision of modern asset management. Today, the company prides itself on its user-friendly plant asset management system providing central access to all instruments and offering users a perfect future-proof automation structure.

Decades of operation, modernization and expansion have left many chemical plants with a somewhat haphazard automation mix of different controls, process control systems, remote I/Os and field devices. The various components may use different communication protocols such as HART, PROFIBUS or FOUNDATION Fieldbus, and are often based on different device integration technologies. The situation is no different at Nedmag Industries Mining and Manufacturing. Based in Veendam in the Netherlands, Nedmag is the leading European supplier of very pure, synthetic dead burned magnesium oxide (DBM).

This was the reason that Wim Zomer, project leader at Nedmag, set himself an ambitious goal: he aimed to harmonize the automation basis of the company’s three individual production lines and thus pave the way towards efficient plant asset management. Wim Zomer explains: “We had a concept to modernise our installations, to digitise the old controls and to make intelligent devices accessible from one central point. Developing the system is just the first step; the next step is to ensure that it can actually be implemented in each of the locations. The technology is available and it works; now it is up to us to implement it in our three production lines.”

Using state-of-the-art automation technology will help any organization to carry out its operations with fewer employees. This is a feature which is becoming increasingly important as the number of specialized personnel available to manufacturing companies is constantly decreasing. Furthermore, the external maintenance provider with which the manufacturing company is working must understand the technology and be able to use it, even if their own personnel regularly changes.

There are other areas where major savings can be made. Not only does the team save time on maintenance tasks if they can access a device directly from a PC: so too does the service provider. With its standardised and integrated interfaces, FDT technology provides a common environment for configuring, operating or maintaining any device – regardless of vendor, type or communication protocol.

The project leader was certain about the use of the HART digital communication protocol from the start. “I placed my trust in HART as long ago as 1990 because it saves so much time and money”, says Wim Zomer: “Saving money is always a good reason to do something, and this is the technology we want to keep.”

The Dutch company was initially using a complex, non-Windows based system for plant asset management. Wim Zomer recalls: “I always had to keep the instruction manual handy to know what to do next. We used the system so rarely that we always needed to remind ourselves how to use it the next time. Therefore, user-friendliness was high up on the list of priorities when the team went to search for a new system.” In Yokogawa’s PRM (Plant Resource Manager), they found a system that completely satisfied their requirements. “The new plant asset management system is much less complicated. It is better, easier and we can all work with it”, according to Martijn den Dulk, Engineer, Technical Automation at Nedmag.

With FieldMate – Yokogawa’s integrated device management tool – the vendor also provides the perfect solution to portable device maintenance. Another important advantage of this package is that all device data can be accessed centrally thanks to the synchronization between the two systems.

A further benefit of this solution is that it enables unlimited access to all intelligent field devices. FieldMate from Yokogawa was the first tool to fully embrace both the FDT and EDDL device integration technologies, and it supports all the important Fieldbus protocols in the process industries.

When Wim Zomer joined Nedmag, it often took days of downtime before plant failures were fixed. In particular, the analogue technology used often meant that engineers had to undertake a lengthy process of searching for and systematically ruling out possible causes of faults: a process that could last up to one or even two days. FDT Technology, on the other hand, allows the user to look into the device directly from a PC. Central access means that incorrect parameters can be identified and a diagnosis given immediately. “By using HART and end-to-end FDT technology, we can now resolve most issues much more quickly and efficiently than before. We look at the PC and the instrument tells us what is wrong”, says Wim Zomer.

As Martijn den Dulk explains, “I check our PRM once or twice a week to ensure that everything is OK. A key function of the PRM system is Device Patrol, which continuously monitors the status of all the devices in the system. If any devices are not indicated as green, I can check immediately to see what is wrong. Previously we would simply wait until something happened or the operator reported that pressure, temperature or flow were not right: only then would we spring into action.”

In the past, if there was a problem with a level measurement, for example, the automation team had to ask the external service provider to take a look at the device. The maintenance engineer would then check on-site to see if a cable or input card, for example, was faulty. Now Martijn den Dulk opens the plant asset management system and checks to see what the problem is: “For example, one device may have indicated a critical fault. It is a straightforward problem if a device simply stopped working, but it is different if the problem came and went. In this case, correct parameter configuration was the answer.” The engineer immediately identified that the instrument was not correctly configured, even though the device was kilometres away. The mine, where the basic raw material magnesium chloride is extracted, is at a distance of 5 km from the production site and the offices.

“If somebody has to travel there, it takes up to half a day to get into the car, drive to the other side of Veendam, arrive at reception, set up the laptop and carry out the tests. This is far too time-consuming.” Now, as Wim Zomer explains: “At the PC, we usually know what to do within a short time. Even if somebody had been on-site, it would not have been possible to repair the instrument as it was simply configured incorrectly. Thanks to FDT technology, it is not necessary to send somebody to the plant, leading to savings in time and travel costs.”

In another instance, the quality of the sensor signal in a radar level measurement system was far from perfect. One look at the device and it was clear that the radar antenna had to be cleaned. The time required previously for this operation was four hours. The time now required is 30 minutes. “Central access makes work so much more convenient”, says Martijn den Dulk: “I don’t mind spending more time in the office. Our plant is very hot and dusty, which means you cannot work directly on-site for very long. Add to that the fact that the devices are often in locations that are not easy to access at heights of 5 or 6 metres.”

Nedmag still has high hopes of implementing features such as predictive maintenance in the future. This may not be too far off as all the necessary ingredients are in place. The Plant Resource Manager has only been running for a few months. The main focus in the initial stage was to save time on service and maintenance tasks. The more tasks the automation team can solve directly from the PC, the greater the savings the company can make.

The automation experts also appreciate other system features, which make day-to-day work so much easier. For example, the audit trail enables detailed tracking of any changes to the device. Who did what, why and when? If a device issues a warning, the history shows the number of warnings and faults previously issued. “If it has indicated that a measuring range has been exceeded one hundred times already, then I know that the range is too small and that I must increase it. This only takes 10 minutes maximum”, according to Martijn den Dulk.

The Dutch company also reaped the benefits of FDT Technology during the commissioning phase in the automation of the first of two sintering furnaces. The team was required to test a large number of instruments within a short time frame. The commissioning stage is simpler and faster if the plant asset management system can be used to test and simulate an instrument, and to check if it is “alive”.

Fit for the future

Wim Zomer explains: “If we do not include the time invested in developing the concept, then the digitalisation of 240 devices, which can be read online using FDT, cost a total of 15,000 euros. Today, approximately two thirds of the devices are intelligent through HART communication. They will be gradually connected to the company’s network in order to be able to take full advantage of the intelligence they contain. The number of devices that can be operated, monitored and maintained from a central point continues to grow. “We can say today that we want to proceed with plant asset management, but it cannot be done overnight. Everything takes time. The main thing is to dare to take the first step”, explains Wim Zomer with conviction. The technology works. Now it is time for the next generation to roll out these state-of-the-art solutions in all of the plants and to take advantage of the opportunities they offer. Nedmag can already report initial success in the area of device management and the time savings that have been gained here.

The first step has been taken. From the field to the office, the combination of digital communication and FDT technology offers users centralised access to each and every device at all levels. Nedmag is perfectly prepared for the future thanks to the FieldMate device management assistant and the Plant Resource Manager from Yokogawa.